Abhinaya Dance Company is dedicated to propagating the cultural heritage of India through instruction and performances of Indian classical dance. 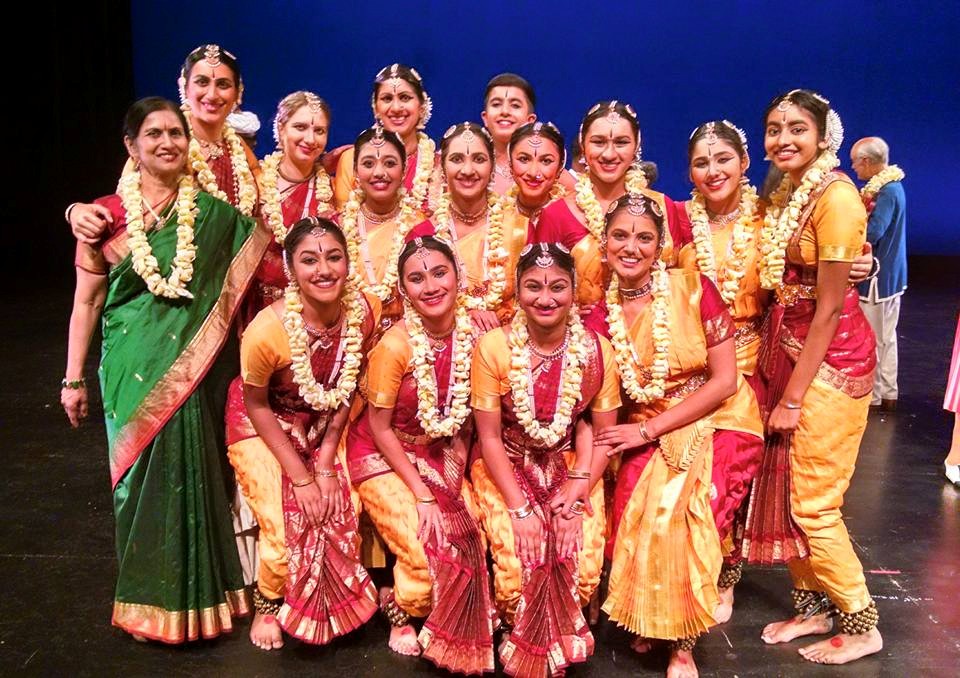 The Abhinaya Dance Company of San Jose was founded by its Artistic Director, Mythili Kumar in 1980, to present innovative and professional quality performances of South Indian classical dance forms.

Since 1991, Abhinaya has been awarded grants from the National Endowment for the Arts, Rockefeller Foundation, California Arts Council, and City of San Jose, for its collaborations with musicians, Kathak and modern dance companies, Japanese Taiko drummers, and a Balinese ensemble. The company has appeared several times in the San Francisco Ethnic Dance Festival and in several different Asian Performing Arts Festivals. Abhinaya has been invited to present its acclaimed dance theater production, Gandhi – The Mahatma, at the Asian Art Museum in San Francisco, and in 2007 to New York and New Jersey. In August 2010, Abhinaya celebrated its 30th Anniversary with a special two-day series- Natya Samarpan.  Abhinaya’s 35th anniversary was celebrated in December 2015 titled Nritya Dhaara- flow of dance. Abhinaya has also won recognition through the Isadora Duncan awards committee for its collaboration with SJTaiko and its 2016 production of Vaanara Leela.

On December 4th 2021, Abhinaya celebrated its 40+ anniversary honoring many artists and volunteers, and presenting performances by both the company and the Junior dance company.

Abhinaya offers ongoing classes for students of all ages in San Jose and Monte Sereno. Over one hundred and forty students have graduated from Abhinaya with their solo debut  (Arangetram) performances.