An accomplished artist, Mythili Kumar performed extensively in India before moving to the U.S. in 1978 and founding Abhinaya Dance School in 1980. Her artistic ability and the high quality of her dance choreography have been recognized in the U.S where she has been awarded several Choreographer’s Fellowships from the National Endowment for the Arts. Mythili has taught at Stanford University and San Jose State University, and University of California at Santa Cruz. In 2002 the Shiva Vishnu Temple of Livermore awarded her the title, ‘Abhinaya Kala Ratna’ for her dedicated service to dance. Bharath Kalachar in Chennai awarded her the title ‘Viswa Kala Bharati’ in 1999.  In 2010 she was honored by World Arts West with the Malonga Casquelord Lifetime Achievement Award and received a Sustained Achievement Award from the Bay Area Isadora Duncan Award committee in 2011. In addition, Soorya Performing Arts of St. Louis awarded her with a Lifetime Achievement Award in April 2011. She received the 2015 Legacy Laureate Award from SVCreates for her sustained dedication to dance. Julie Mushet, Executive Director of World Arts West, announced the creation of the “Mythili Kumar Award” to be presented every year at the San Francisco Ethnic Dance Festival to an exceptionally promising upcoming artist. In 2019, Bharathi Tamil Sangam honoured Mythili Kumar with a title ‘Nadana Shirormani’ for her invaluable contributions to the Bharatanatyam art form. She was honoured with the title “Smaran Kala Kaushala” during the Smaran dance festival and was honored with the 2019 Inspire Award by India Community center (ICC) the same year.

Mythili Kumar and the Abhinaya Dance Company strive to present innovative and professional quality performances of South Indian classical dance forms. Since 1986, Abhinaya has staged several full-length dance productions such as Shiva – the Cosmic Dancer (1986), to Jwala – the Immortal Flame (2011), Gandhi ( 2012), Arjuna (2014), and Vaanara Leela (2016), which received an Isadora Duncan Award for best performance. Abhinaya has been awarded several grants from the National Endowment for the Arts and from state and city agencies. The company has collaborated with Kathak and modern dance companies, Japanese Taiko drummers, ShadowLight Theater, and a Balinese gamelan ensemble. From 2017 to 2019 Abhinaya has presented the theme of social justice through the experiences of Cesar Chavez, and Martin Luther King, Jr. 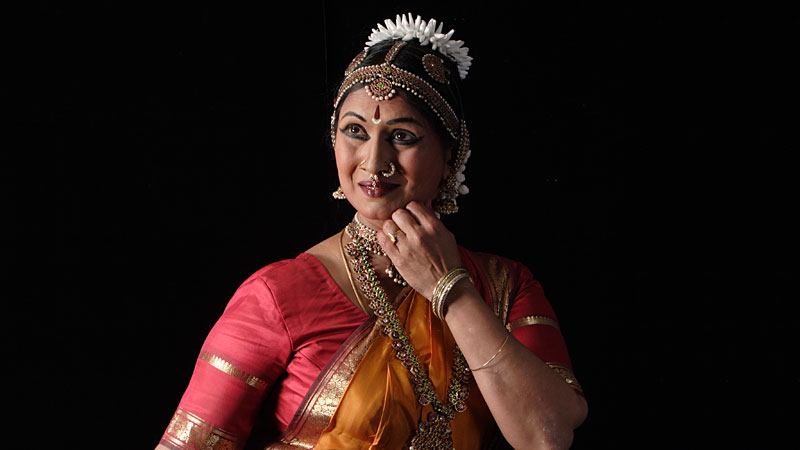 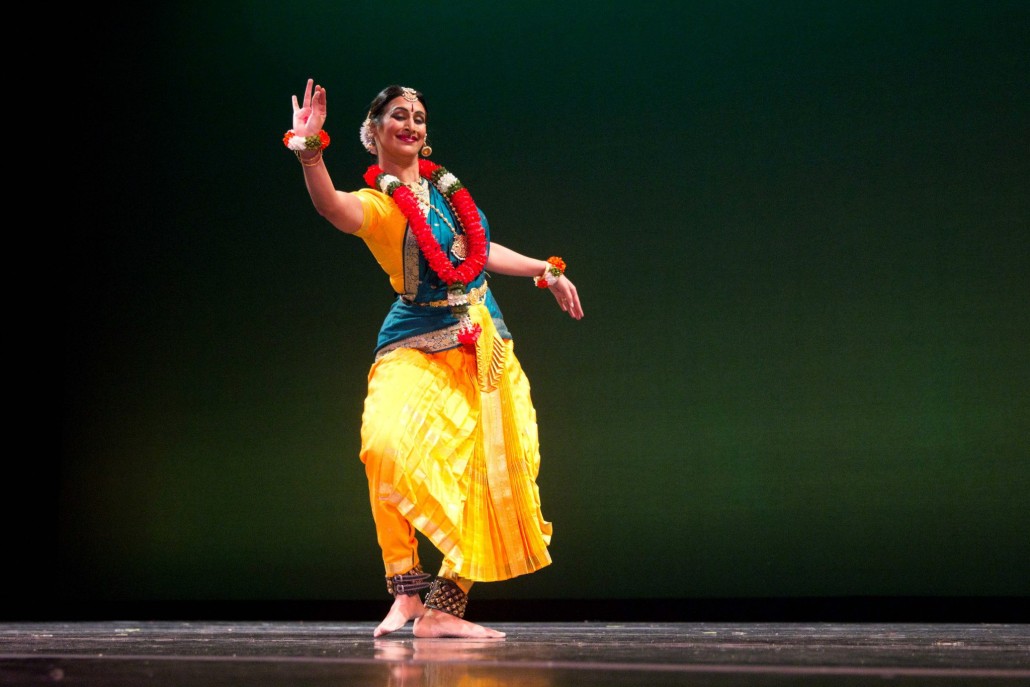 Rasika Kumar is a Bharatanatyam performer and choreographer, steeped in tradition but with contemporary sensibilities. She studied under her mother Mythili Kumar, Artistic Director of ADC, and other renowned teachers. Since 2005, Rasika has been a soloist, principal dancer, and choreographer for all of ADC’s performance seasons. Her choreography has been featured in the San Francisco Ethnic Dance Festival and SF WestWave Festival and has earned her an Arts Council of Silicon Valley Performing Arts Fellowship (2008). Rasika’s collaborative rhythmic arrangement with Franco Imperial of San Jose Taiko garnered an Isadora Duncan Award  (2011).  She won the Lakshmi Viswanathan Award from Sri Krishna Gana Sabha (Chennai, India) for her solo performance in the 2014 season. 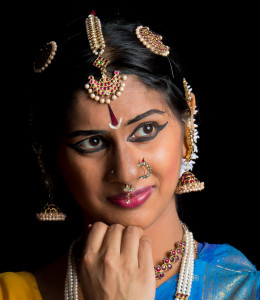 Malavika Kumar Walia is the daughter and student of Mythili Kumar. As a senior company dancer, choreographer, and teacher, she has been teaching, dancing and performing nattuvangam (art of conducting the orchestra with cymbals and vocalizing rhythms) for arangetrams and company productions since 2000. In a 2004 performance in Chennai, she was lauded by a critic as ‘the star of the show’ for her ‘precise, well-intoned nattuvangam’. She has performed in many of Abhinaya Dance Company’s productions with key roles and has toured with the company to India and around the U.S.A. She also coaches students towards their Arangetrams (solo debut performances). She has also composed numerous jathis and choreographed items for solo and group performances. In January 2020, she was appointed as the Director of the newly launched Junior Dance Company. 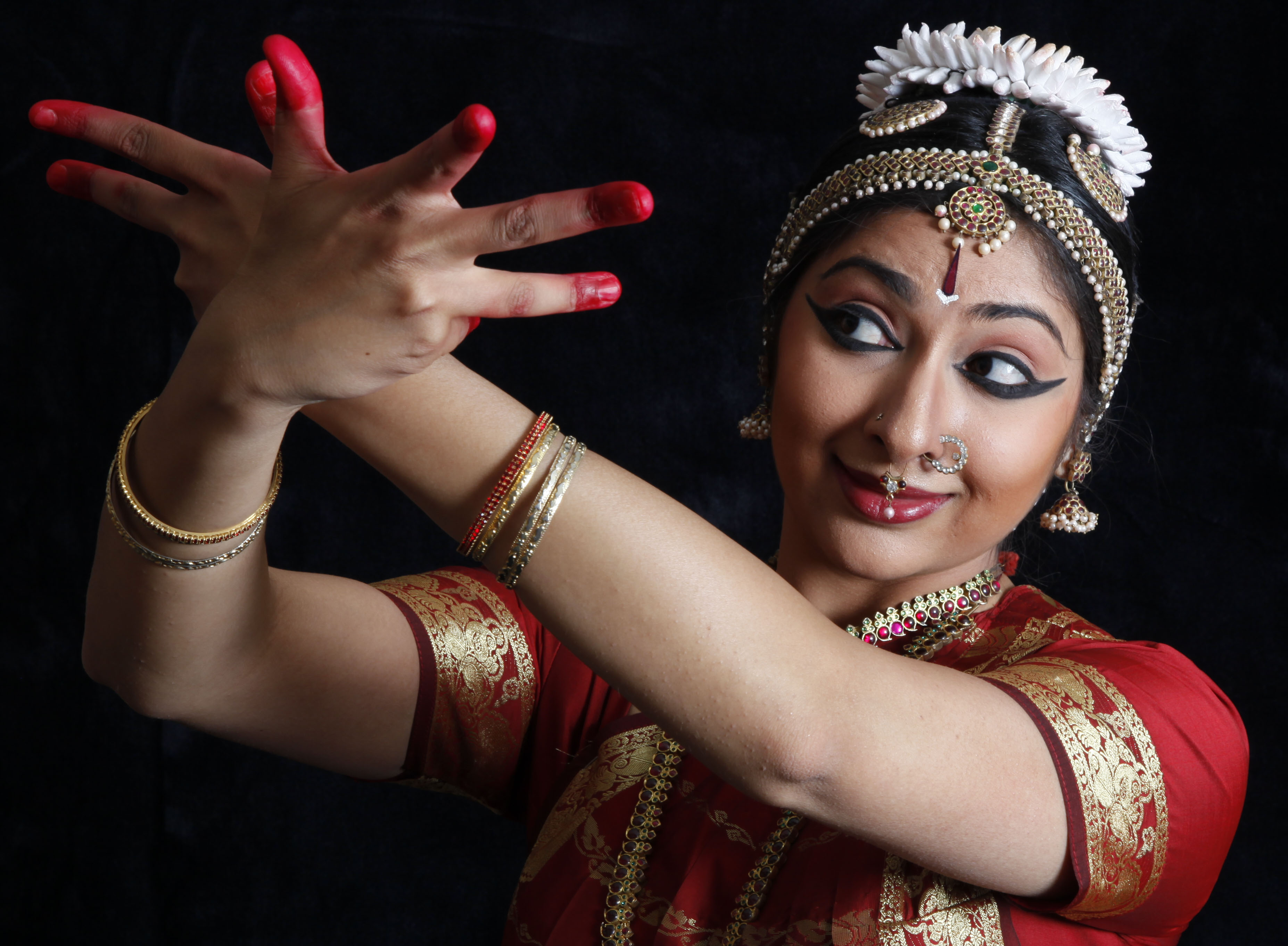 Anjana Dasu has been learning Bharatanatyam under Mythili Kumar for over ten years and performed her Arangetram in 2005. Since then and all through her undergraduate years, she has performed in several Abhinaya productions and toured with the company to New York, New Jersey, Los Angeles, Utah, St. Louis, Boston, and Indianapolis. Additionally she has danced with the company at the San Francisco Ethnic Dance Festival in 2007, 2008, 2010, and 2011. Critics have praised her as “exquisite” and “a nuanced dancer with glowing stage presence.” She was awarded the first prize in the Papanasam Sivan competition held in 2008, and gave a solo concert under the auspices of Yuva Bharati in February 2009, as well as a very well-received solo performance in Hyderabad in December 2011. In 2009, Anjana presented her own group choreography at the annual Yuva Bharati ‘Kalpana’ concert. She has mentored several students towards their arangetrams. 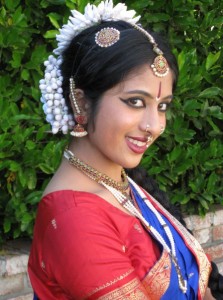 Lakshmi Venkatesan learned Bharatanatyam for over ten years from Mythili Kumar, and performed her arangetram in 2005. She has participated in several Abhinaya’s dance productions since her arangetram. Some of the notable productions she has danced in, are ‘Rivers- A mystical Journey’, ‘Prithvi-the Earth’ and the 30th anniversary performances in 2010. She has performed for various local community organizations and events, schools, and temples. She has been teaching classes for Abhinaya and mentoring students for their Arangetrams for over 15 years. She also regularly assists with coordinating and leading student performances at local community events. 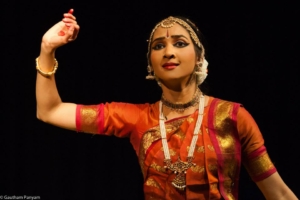 Aishwarya Venkat was trained in Bharatanatyam by Kalaimamani Thanjavur Rajalakshmi in India. She has a Diploma in Fine arts from Kalai Kaviri Institute, and has staged more than 25 solo performances in renowned institutions in India. She is a freelance performer and has performed with the company since 2015. She has been teaching for Abhinaya since 2016, and conducts 4 hours of weekly classes. 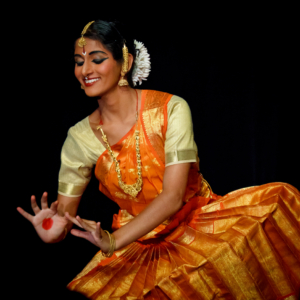 Pooja Sohoni trained under Mythili Kumar and performed her arangetram in 2007. She participated in Abhinaya’s 30th anniversary series in 2010. In 2017, she returned to the Bay Area and has performed in productions such as Abhinaya’s ‘Gandhi’ in St. Louis, MO , & San Ramon, CA; ‘Apoorva Katha’ (2017); in the Drive East Festival in New York in 2018 and Abhinaya productions in 2019 and 2020. She has been teaching classes for Abhinaya since 2017 and also mentors students towards their Arangetrams. 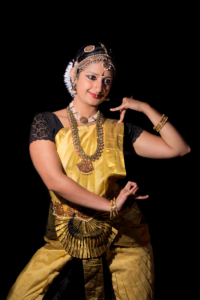 Vaishali Ramachandran has been a student, performer, and teacher of Bharatanatyam for over 20 years. She began her training at the age of four in Mumbai, then trained for 16 years in Bengaluru with Guru Dr. Padmaja Suresh. She has performed in many major dance festivals in India and USA and is a resident of Fremont California, USA, where she continues to teach and perform. She has been the Administrative & Marketing Coordinator since 2019. 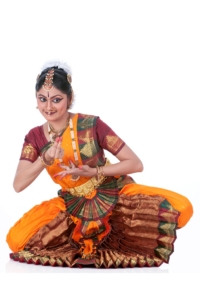 Chaitanya Gotur started to learn Bharatanatyam at the age of 7 and completed her Arangetram and Vidwath(Proficiency) in Bengaluru, India from Guru Smt.Radha Sridhar. She is a graded Doordarshan (Television) artist of India. She has performed at many national and international prestigious dance festivals. Chaitanya has been performing with the company since 2018 and has been teaching classes for Abhinaya since 2019. 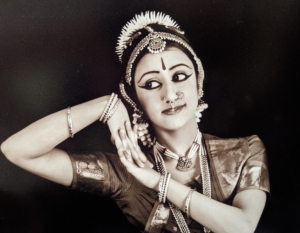 Susmitha started learning Bharatanatyam at the age of 8 under the guidance of Smt. Mythili Kumar. She participated in several Abhinaya performances over the years including the 25th anniversary celebrations (2005), multi-splendored Ramayana (2006), Kalidasa’s Ritusamhara (2006), and in the Green Show presented by Arclight’s Rep Theatre “Shakespeare on the Square” Festival in 2008. After graduation from college and returning to the Bay Area, she has danced with the company and has been featured among talented young dancers in the IDIA festival in August 2020. Since the fall of 2020, she has been teaching classes for Abhinaya. 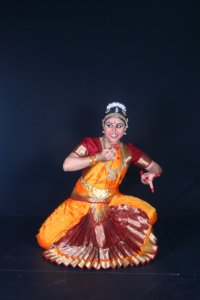 Kavita began learning Bharatanatyam at the age of 7 under the guidance of Smt. Mythili Kumar. She performed her Arangetram in 2008 and participated in several company shows including Shiva- The Cosmic Dancer(2004), Multi-Splendored Ramayana(2006), My Favorite Story(2007), and Mayil Adum Alagam (2008), Rivers (2009). She graduated from college in 2014 and has been teaching since 2020. 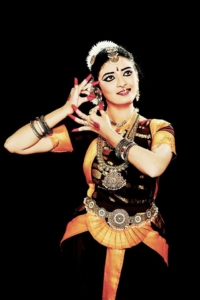 Hemavathy Arumugam is a Performing artist trained under guru Abhaya Karam Shri K.Krishnan from Pondicherry ,India. She completed her Arangaetram in 2016 and has a Master’s degree in Bharatnatyam from Tamil University, Tanjore. She was a performing artist at Pondicherry Dhoordharshan (television). She was Awarded tittles “Natiya Yuva Ratna” and “Nruthya Deepika”. She have Performed in various Group productions and many solo stage performances across India and USA.